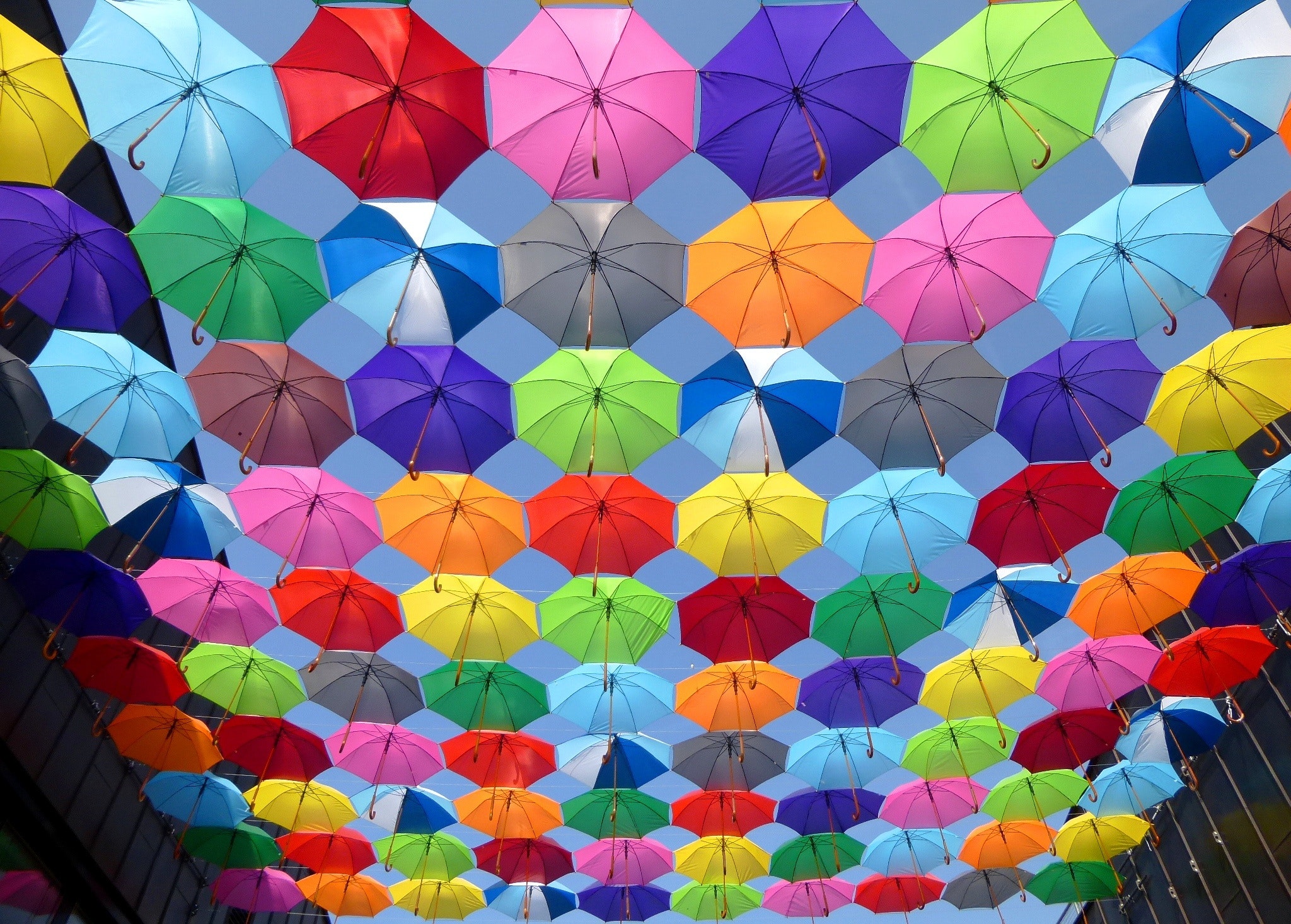 Out of the Blue

Sample Sentence: He complimented me out of the blue so I felt a bit speechless.

A: We need to talk about our weekend plans.

B: Yeah, right. I’m so excited to travel.

A: Anyway, how are you and John?
B: Wow, that came out of the blue. Why did you ask?
A:  I just noticed that you don’t go out together recently.

B: Oh, to be honest; our relationship is a bit on the rocks.

Meaning: to be very jealous, envious

Sample Sentence: Katie was green with envy when she saw her brother got a new car for his birthday.

A: Where is Katie?

B: She has looked herself up in her room.

B: Well, she was green with envy when she saw her brother got a new car for his birthday.

A: But didn’t their parents give her what she wanted on her birthday?

B: Yeah. She asked for a luxury bag which they have given her.

A: Katie is such a spoiled brat.

Meaning: something that is unclear, undefined

Sample Sentence: There were a lot of gray areas in your report.

A: Good morning, Sir. Did you call for me?

A: Is there any problem?

B: It’s not really something major but I need you to go over the financial report submitted yesterday. There are a couple of gray areas. I just need you to recheck.

A: Sure, Sir. I’ll make sure it would be done by today.

Meaning: to catch someone in the act of doing something

Sample Sentence: He was caught red-handed while going out with his mistress.

A: Have you heard the rumors?

A: About Nick and Jane? Jane has filed for divorce.

A: Why? What happened? Did I miss something while I’m away?

B: Oh, yes. Jane has caught Nick red-handed while going out with his mistress.

Meaning: to be skilled at gardening

Sample Sentence: My mother has a green thumb. It’s as if there’s magic in her hands.

A: Can we drop by the Gardening Section? I just need to check if there are Astilbe seeds.

B: Oh, I didn’t know you do gardening.

A: It’s for my Mom, actually. She has a green thumb. She could grow anything! It’s as if there’s magic in her hands.

B: Wow. I would like to see her plants.

Meaning: to be the outcast, the odd one out, unlike the others

Sample Sentence: Bruno is the black sheep in the family because she decided to pursue a career in music whereas everyone else is in the field of medicine.

A: He looks quite familiar.

A: Is he a celebrity or something?

A: Oh! I remember him! He’s really good. Is he from a family of musicians?

B: Well, Bruno is the black sheep in the family because she decided to pursue a career in music whereas everyone else is in the field of medicine.

Once in a Blue Moon

Meaning: very rarely
Sample Sentence: I go out once in a blue moon.

A: What will you do this weekend?

A: Don’t you get bored just staying home?

B: Nah. I’m usually in front of my computer. I’m currently finishing a novel that I’m planning to submit to a major publishing house.

Meaning: a late night flight that arrives early in the morning.

Sample Sentence: I took the red eye from Bangkok to Manila last night.

A: How was your vacation?
B: It was fun but a little exhausting especially going back.

B: I booked late; so, I took the red eye from Bangkok to Manila last night. Now, I feel exhausted.

A: You should book earlier next time. You’re still lucky; you’ve got a seat amidst the holiday.

Meaning: to be extremely pleased

Sample Sentence: I was tickled pink when he took me out for dinner.

A: Yesterday was your wedding anniversary, right?

B: Well, I was tickled pink when he took me out for dinner. We went to the newly opened French Italian restaurant downtown.

A: That’s great! How was the food there?

B: It costs an arm and a leg but it’s all worth it.

Meaning: a small lie that is told to be polite or avoid hurting someone’s feelings

Sample Sentence: I didn’t like the bag that he has chosen but I told a white lie because I didn’t want to hurt his feelings.

A: Have you seen Xavier’s bag?

B: Not yet. What about it?
A: Well, he asked me if it looks good. I actually hated it but I told a white lie since I don’t want to hurt his feelings.

B: Speaking of the devil. There he is! I see what you’re talking about. It looks weird but it also looks nice. I like it.